Rebecca has been reared by Puritans in England, and thinks she knows all about obedience and faith. In 1631, she and her husband, John Throckmorton, travel with their young children to the Massachusetts Bay colony. Aboard ship, Rebecca becomes more closely acquainted than she would like with Roger Williams, the hot-tempered, radical husband of her best friend, Mary. Upon arrival in the Americas, the Throckmortons and the Williams embark on an intellectual journey, exploring the liberty of conscience. When the authorities of Massachusetts Bay excommunicate them, these families, with others, travel south to establish Providence, Rhode Island as the "freest place on earth." An exploration of Familism, with a disastrous attempt to colonize eastern New Netherland (now Ann's Hoeck, Westchester County, New York) with Ann Hutchinson sends the Throckmortons back to Providence, where John embraces the Society of Friends, becoming a Quaker. Through it all, Rebecca retains her original faith in the religious litanies of the Anglican Church, and uses these to sustain her spirit. 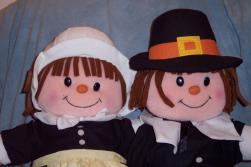